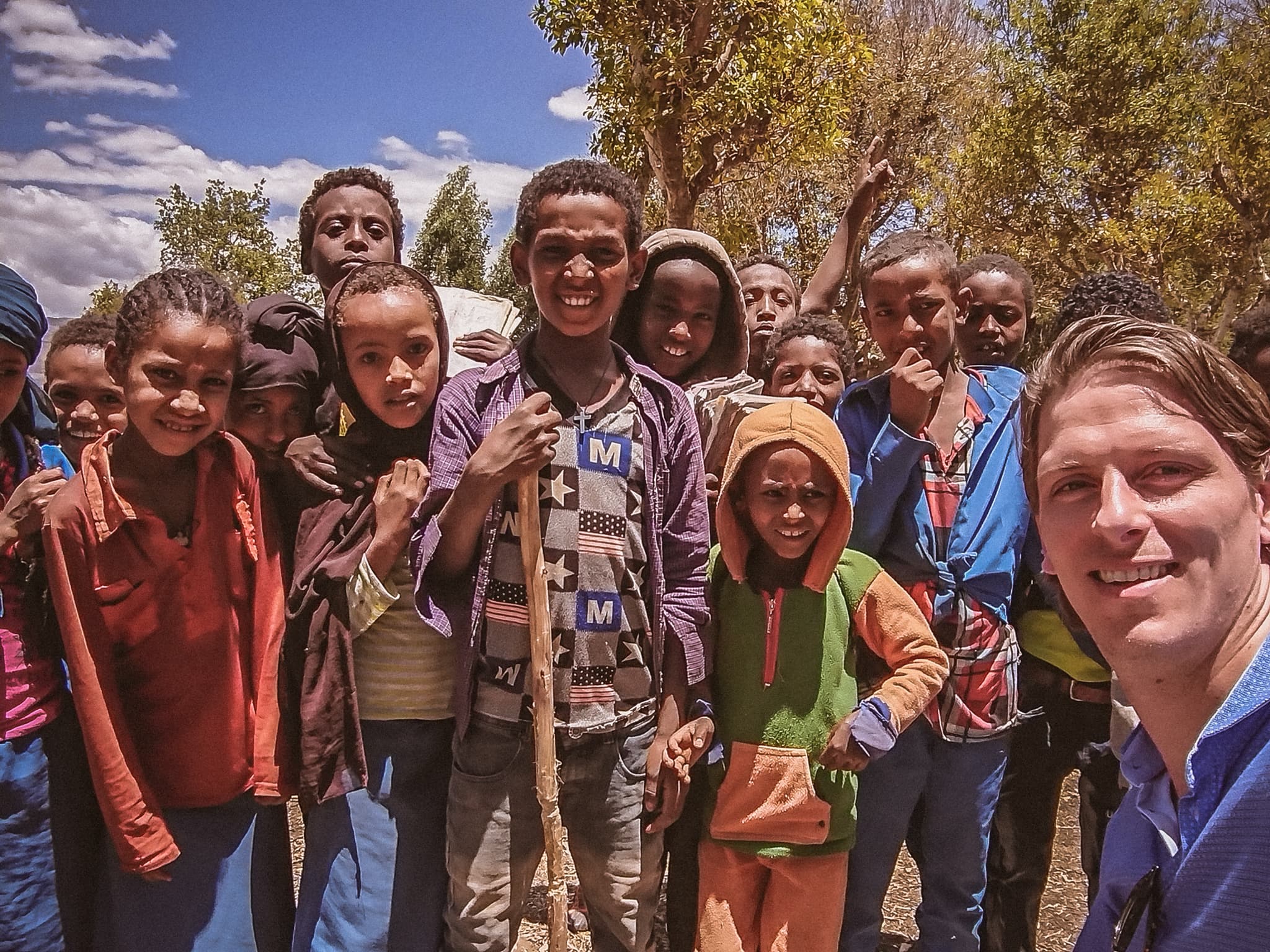 Wogdi lies in Ethiopia, around 580 kilometres to the north of the capital Addis Ababa. The Menschen für Menschen organisation runs a development project in this region that is concerned with not only sustainable farming, water and hygiene but also education, health and income. The knodel foundation supports this project and Patrick Knodel recently visited Wogdi. This is a report of his trip.

It takes around twelve hours to drive to Wogdi. The road runs through the middle of the Great Rift Valley, sometimes it’s little more than a dirt track that gives you a proper shaking up. Because the project area lies far from any towns or cities – in a rural area where there are very few NGOs.

The region’s main problems are the population explosion and the soil erosion caused by deforestation and incorrect farming practices. Deforestation has reached an unprecedented scale. In the meantime, farmers are paid hard cash to plant trees again on slopes. What’s more, zones have been cordoned off where donkeys, cows and goats are not allowed to graze. In this way, the countryside should be gradually reforested and the ravages of erosion reduced.

The project region is relatively new – which is why we attract quite a crowd on our arrival, because very few white people stray into the area. The project staff explain to the farmers how they can grow various kinds of field crops in their gardens. They used to harvest lovegrass (teff) almost exclusively. Its flour is used to bake the very popular Injera flat bread, which we are invited to partake of by farmers in their huts. These invitations sometimes pose a problem for me as a vegetarian. But not this time: Ethiopia is in the middle of a period of fasting – which means not just “no meat” but also “no animal products”.

These personal visits are also very important for the project. Because Menschen für Menschen needs pioneers if it is to be successful in Wogdi. Many of the local farmers are suspicious of the new cultivation concept and fear crop failures. This is why the organisation first has to convince one or two families in each village to try out the concept for a season. The idea is that these “pilot farmers” will then gradually convince the rest of the village.

We also visited medical centres that had been set up in the larger towns. These include small stations within a five kilometre radius – in this way, the rural population now has access to basic medical care too, for example during births. We then spoke to micro-borrowers who had set up small businesses, for example cafés.

On the last day of my trip, I got to known some more of the Menschen für Menschen staff in the headquarters in Addis Ababa. Together with Dr. Sebastian Brandis, the Managing Director of MfM from Munich who accompanied me throughout the trip, I discussed development work of the past 30 years with the local managers. I argued that following the successful basic work in the countryside, the next step now had to be extensive support for innovative and sustainable business models. In the evening, Dr. Brandis took me along to an awards ceremony for a start-up competition. The winner’s field of business is quite remarkable: the company trains West African women in ultramodern block chain programming.

Support the knodel | foundation with your donation: