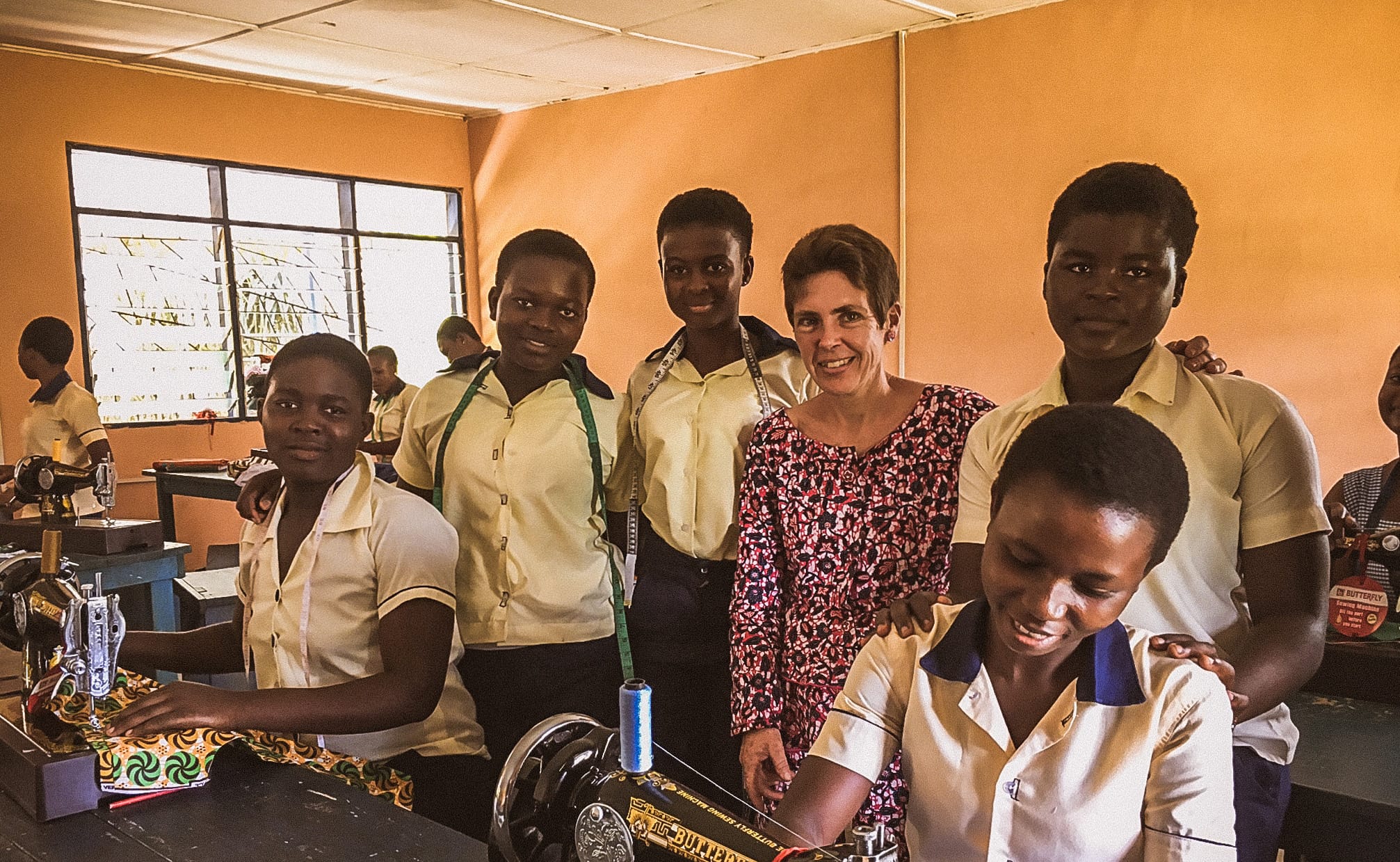 A commitment from Ghana to Romania

The knodel foundation has been supporting four new projects since the beginning of this year, two in Africa and two more in Europe.

Creative platform for the concerns of young people

“Youth4planet” is an independent, non-profit creative platform based in Hamburg. Its goal is to open up opportunities and learning paths for young people between the ages of 6 and 26 so as to develop new perspectives for their own future. They can get involved in social issue through film-making and storytelling and make their concerns known to a wider public as positive influencers. Some of the works by the young activists have already been shown at film festivals in Metz, Luxembourg and Saarbrücken.

Youth4planet cooperates with partners who offer additional perspectives. For example, “Rap for Refugees e.V.”, with whom music and film events have been organised. Or “Fridays for Future”, which has been accompanied by journalists from the youth team. Not to mention teachers who are supported by Youth4planet with offers for new learning pathways. The aim is to offer these services to partners outside Europe through networks in the medium term.

Support for teenage mothers in Ghana

The “Do Wo Yonko Foundation” wants to help give children and young people in Ghana better career and income-earning opportunities. The knodel foundation has been supporting an education and empowerment programme for young girls here since the beginning of 2019.

A number of young girls get pregnant in Ghana whilst still teenagers. Many of these drop out of schooling or training and later on are only able to find poorly paid jobs. In order to satisfy basic needs such as food, hygiene and clothing, several of these girls become dependent on men, making a self-determined life impossible. This frequently leads to further unwanted pregnancies.

Do Wo Yonko wants to reduce the number of pregnancies amongst teenagers, boost the self-esteem of these young women and change their attitude towards family planning in a positive way. Because when the girls can decide for themselves whether, when and how many children they want to have, the number of unwanted pregnancies and the risk of poverty will fall. Family planning thus helps to provide better career opportunities for women and healthier family and social structures. In a second part of the project, Do Wo Yonko addresses young women who have already had a child as teenagers. The aim is to give them the chance to start vocational training.

Mine clearance and the creation of social protective systems in Chad

Chad is one of the world’s poorest countries. Almost half of its inhabitants live below the poverty line. The situation is exacerbated by crises and conflicts in the neighbouring countries: Chad is now home to around 600,000 refugees from Libya, Nigeria, Sudan and the Central African Republic. But Chad itself is also a dangerous territory. Thousands of land mines and unexploded ordnances can still be found in some regions. These vestiges of wars are a huge obstacle to the country’s development because they block the path to rivers, roads and agricultural areas.
The knodel foundation is supporting a project by “Handicap International” in Chad. Its goal is to ensure greater stability by clearing away the mines, to improve the population’s safety and health and to encourage economic activity, equal opportunities and development. Handicap International also supports the establishment of social protection systems for particularly disadvantaged ethnic groups. Victims of mines, people with handicaps as well as the elderly, orphaned children and people living in extreme poverty who are urgently in need of medical help.

The battle against human trafficking in Romania

With its borders open to Western Europe, Romania has become a hub for human trafficking. According to Eurostat, around 6,100 Romanian citizens were identified as victims of human trafficking in the EU and the EU candidate countries between 2010 and 2012. This despicable business continues despite judicial and administrative reforms. Romania is one of the EU countries with the highest rate of human trafficking, above all of minors for the sex industry.

The American NGO “International Justice Mission” (IJM) pursues the goal of transforming legal systems so that authorities can crack down on human trafficking. At the beginning of 2019, the German IJM section opened an office in Bucharest. It analyses the structures of this business with “human goods” in Romania and the efficacy of the measures taken so far. This study forms the basis for the later strategy for a long-lasting and sustainable IJM commitment. In addition, partnerships are to be set up with government agencies and protagonists from civil society in this pilot phase. IJM’s long-term aim is to establish networks to strategically and supra-regionally curb human trafficking throughout Eastern Europe.

Support the knodel | foundation with your donation: